It's been a long 4 years since the last post.

In 4 years...
New people came into your life, some people left.
Old circle of friends replaced by a new circle of friends.
You found out the world is a sick place, but you have nowhere to go.

And your collection grew larger 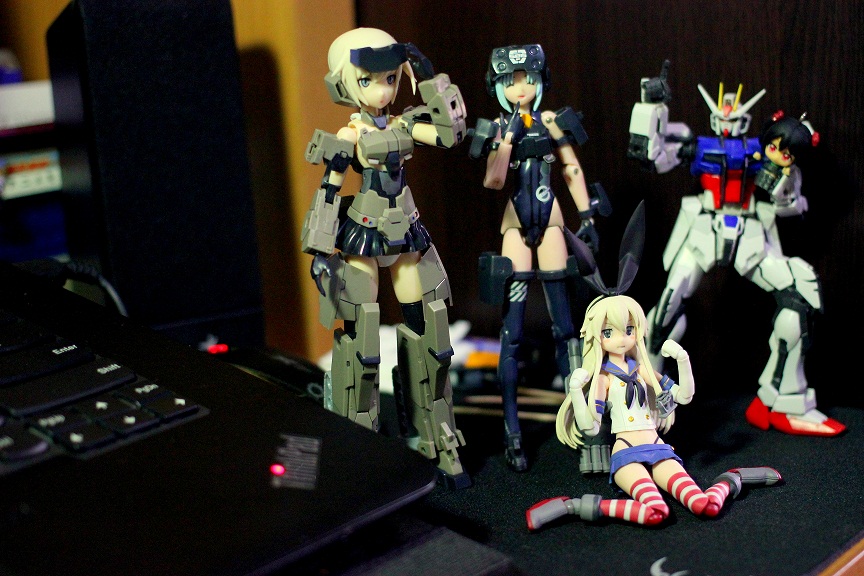 Bought A Pair of Striped Mugs

No matter how misleading the title can be, it's what it is. I bought a pair of striped mugs (not pantsu).


Somehow made you remember a character? :3

As promised, I'm going to share Azunyan pictures!
Aaaaah I want to hug her if she's life-sized!!


Even with the same pose she looks different from this angle..

It's been over a year since I blogged. What have changed in my life after I bought that K-ON manga in summary:

- Played Cosmic Break on JP server, made skins too.
- Got accepted at ITB
- Got lots of otaku friends there
- Understood the hard way to not procrastinate in university studies
- Bought Azunyan figma (pictures following later)
- Bought Redjuice Making Character book
- Got into Aeronautics/Astronautics Engineering Faculty
- Got myself a Canon SLR EOS 550D
- Pre-ordered Hatsune Miku Append Figma (Which would come at August... I think)
- Remembered that I have a blog. And somehow the counter multiplied by 10 from the last post I left it.

Going to resurrect my blog for a change. Going to remake the blog layout too. It looks cheap. =/
Tweet

Few weeks ago, I got a news from a friend that Elex (Indonesian Publishing Company) will release K-ON manga in Indonesia. Thus this week I got information that it got published and sold already in Jakarta. Thought I jut give it one or two days until today, I bought this cute little evil doppelganger from Moe Hell (Burning Hell lol) Side by side with the original from Japan.

Again, side by side with the original from Japan.

As you can see, it's VERY SMALL. Compared to other manga released in Indonesia, it's smaller (and much more thinner than other.)

On top the original from Japan. Look at the Azunyan sticker too =D

The translation however, keeps some interesting part behind. Like "doki doki" or "NEET".

Here's the comparison of the inside:

Left is Indonesian, right is Japanese

Too bad they leave out the colored page. It looks so beautiful. =( Other manga, such as The Bodyguard (Kage kara Mamoru) or Zero no Tsukaima retains their 3 colored pages. Why not K-ON? I sense conspiracy! Or perhaps budget cut.

To finish it off, it's good enough for K-ON fans (or perhaps the only way, other than importing the Japanese version. Not recommended though. Importing is serious business.) And for K-ON haters, you can buy a copy and burn it in your room, and I hope it'll burn your room too in the process. What's better than flaming a manga online looking like retards than getting REAL flame in your own room? (Literally speaking)

Bad joke and community splitting comments aside, Indonesian fans should go outside (yes you Hikki, go out!) and buy the manga preferably from Gramedia book store, considering more people got exposure from Animax airing and lots of fan-based groups or sites available online, I know there are fans out there. (And haters. The world is always balanced. Yin Yang, baby.)

Oh I also heard in USA it'll be released in August or September this year. I always wonder what American version of manga looks like.

Last picture for you Mio-lover:

Left is smaller Mio. Right is larger Mio. Both are beautiful, but I love my Azunyan.


No I do not get paid for advertising Elex Media Komputindo releases. All above picture are taken by my camera. The sticker image is taken from an almost-ero picture so I can't give a link. 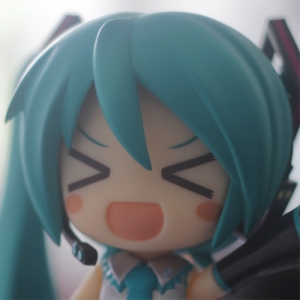 Add this person to blog friend